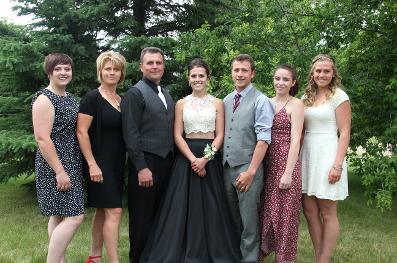 Triple H is proud to have the next generation  continue to raise strong, versatile Herefords.

Whether to strengthen commercial cattle or raise Purebreds that you can trust, we are striving for the best!

We are a young Christian family raising  Registered Polled Herefords alongside a commercial cattle herd.  We farm a variety of grains and oilseeds on our Canadian Prairies. We are proud of our four children, who were heavily involved with 4-H Beef, and continue now in leadership roles,  involved in the SJHA (Saskatchewan Junior Hereford Association), as well as our local church and community.  Throughout high school, our children were very active in sports and music programs, and now they have all attained Bachelor Degrees from the University of Saskatchewan from various programs.

Coffee is always on!  We would love to show you our growing herd!

Triple H Farm - The Next Generation 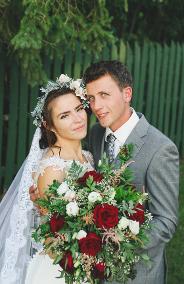 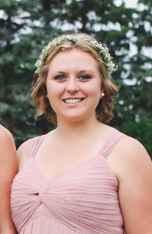 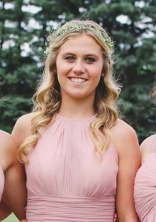 Taryn was involved in the University Cross Country and Track and Field team at the University of Saskatchewan, and experienced coaching roles. He has a Masters degree in Crop Science. He works for A Horizon Ag Research out of Colonsay. Taryn married Nicole on August 13th, 2016.

Miranda has attained her degree at the University of Saskatchewan in the Bachelor of Science- Applied Plant Ecology program. She has previously worked for Cargill as a Sales Rep, and for Co-op Agro within summer internships.  Miranda is a Crop Production Advisor with Nutrient out of St. Brieux. She previously served as a Saskatchewan Delegate for the Canadian Junior Hereford Association (CJHA), and is active in our          local 4-H Club.

Morgan has attained her degree from the University of Saskatchewan with a Bachelor of Science in Agribusiness with a minor in Field Crop Production.  She has previously worked summer internships for DEKALB in Seed Sales, and Monsanto Canola Breeding Research.  Morgan is a Precision Agronomist with FarmersEdge out of Saskatoon. She previously served as a Saskatchewan Delegate on the CJHA board, and is active in our          local 4-H Club.

Makenna is working towards completing her business degree with a focus in Marketing from Edwards School of Business at the University of Saskatchewan. She has previously worked internships with Studio 10, as well as site hand at Ag in Motion. She previously served as the SJHA President. 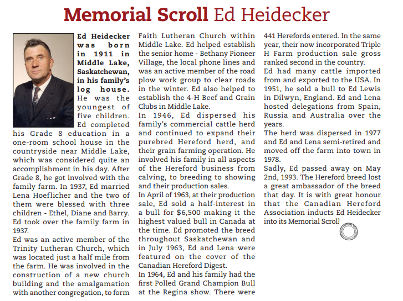 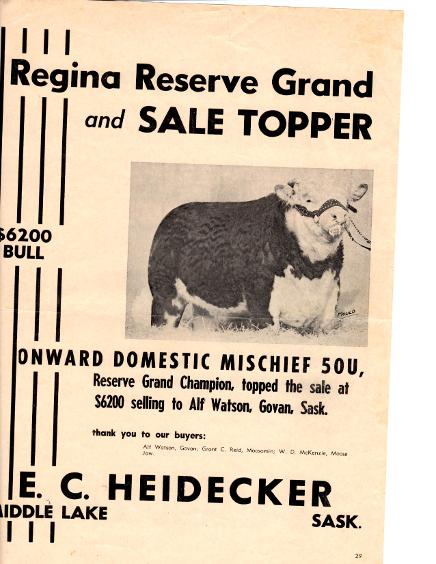 Triple H has deep roots in the Agriculture Industry and Hereford Breed.

Triple H Farm can be traced back to Frederich Heidecker who came to North America from Germany with his two brothers in the early 1900s. His oldest brother stayed in Iowa, United States, his other brother settled in Alberta, and Frederich settled near Middle Lake, Saskatchewan. He established Triple H Farm in 1910, where his youngest son of five children, Ed, grew up to take over the farm and grow the Purebred Hereford cattle herd.  His name is often seen on articles and newspapers as E.C. Heidecker, along with his most well known bull- Onward Domestic Mischief. Triple H Farm had many successes with their bulls in the show ring, one being Grand Champion Bull at The Regina Bull Sale in 1964.